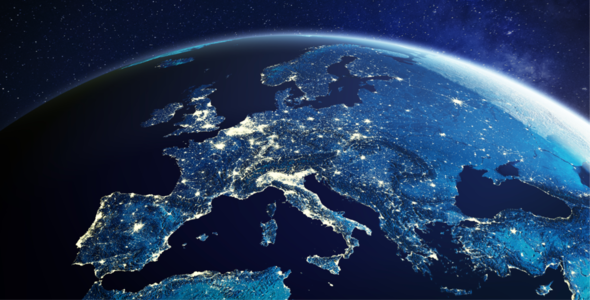 WindSpace A/S is a Danish wind energy and green tech development company with operations in Denmark, Sweden, Poland and Croatia. The company has extensive experience in international project financing and executes sales processes with some of the world's largest investment funds.

WindSpace has been active in the wind industry since 2007 as lead developer of about 450 MW wind projects with further projects currently under development. WindSpace has developed, constructed, and operated several wind parks. During the past three years, WindSpace has entered the recovered carbon black market, projecting a large-scale production facility,Elysium Nordic, in Denmark, with planned start of construction during Q1 2021.

A plant in Nyborg, Denmark will be the first under the agreement. The agreement also includes a long-term partnership between the companies and a mutual exclusivity agreement for the development and installation of waste tire recycling plants across Europe.

WindSpace has been working on the establishment of Elysium Nordic, a tire recycling project in Nyborg, Denmark since 2018. After an exhaustive search and thorough evaluation it decided to conclude the agreement with EWS. Both companies are delighted to see this partnership formalized. The partnership is a perfect match between the project development and execution capabilities of WindSpace and EWS’ technology and experience in recycling waste tires.

EWS has developed a proprietary system for processing rubber tires via a unique microwave technology that safely processes and recycles waste tires, while recovering highly valuable commodities, including reclaimed carbon black (rCB), steel, syn gas and oil.Each unit is designed to be environmentally safe, energy efficient, and economically profitable for the operator.

Commercialization of EWS’ Reverse Polymerization™ technology represents a momentous breakthrough in dealing with one of the world’s most stubborn waste problems in an environmentally friendly manner.

The first Elysium Nordic plant in Nyborg will be capable of processing 30,000 tons of end-of-life tires annually.

Jens Elton Andersen, CEO of WindSpace said, “We are very happy to enter the tire recycling business in partnership with EWS. We chose EWS after an exhaustive two-year search for the best available technology both from an economic and environmental perspective. We are looking forward to a long and successful partnership in Europe.”

Bob MacBean, EWS CEO said, “We are delighted to have WindSpace as our partners in Europe. This endorsement from a sophisticated and experienced group is an important milestone which confirms our belief that our technology is the best-in-class solution to the worldwide reclamation of waste rubber problem. The timing seems right for our long-term developmental efforts to be rewarded. We are currently in various stages of discussion with prospective customers or partners around the world, which underscores the global nature of the problem and the attractiveness of our solution.”

We use Google Analytics cookies to improve user experience, and monitor website traffic and for these reasons only. We may share your site usage data with our analytics partners. By continuing to the site, you consent to store on your device all the cookies supplied by Analytics. If you do not want cookies, hit the DECLINE button in this pop-up.